We're getting great feedback on the beta-test for Beaconeer™Lite. Perhaps you've noticed these "slight imperfections" reported by a tester...
"Tried it on 2 different iPhones – it passed all 4 of the tests as shown in the video.
Changes to think about in a future build (I wouldn’t be surprised if you already have this in mind):
1.Make navigation between pages more intuitive (nav bar, etc.??)
2.Text field for entering phone number – the word “phone #” sticks around unless you are deliberate about removing before inputing the numbers
3.Make the button size the same (I like the colors)"
------------------------------------------------------
Here's our answers below ...
Thanks so much for feedback JXXCCC...
1.We'll try out a navigation bar in next version. The reason we didn't this time is because there are only 3 screens with primary functionality, that we thought are easily accessible using the top menu buttons:
Beaconeer Lite Ops Screen
Edit Screen
Notes
2. On Android phones , phone# field autofocuses, so you can delete and input new data, without having to be deliberate in deleting the numbers. Only on iPhones we have noticed the slightly inconvenient behavior mentioned above.
3.Button size
We now use what is called a cross-platform software called Thunkable, which produces code for both Android and iPhones. A drawback of a cross-platform software is that you may get different app behavior between iPhones and Androids, such as inconsistent button size or font size.
#thunkable #betatester #beaconeer
We will definitely make improvements to the GUI (Graphical User Interface) in the next revision! Keep the feedback coming!

Update on the iPhone Beaconeer™ 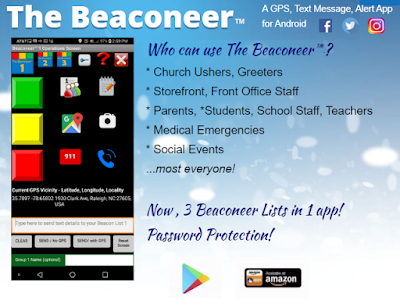 Update on iPhone Beaconeer™. It's forthcoming everyone, just not in 2019 as we had hoped! We are targeting 1st quarter 2020! BTW, we aren't the only "grassroots" app developer who has faced challenges in getting an iPhone app to market! We will have quite a story to tell at the partay!  Meanwhile, we are re-dedicating our efforts to promoting our current version to the 62 % + of Android mobile phone users in the U.S.  Increased Android downloads will help boost our efforts to get the iPhone version of The Beaconeer™ accepted on iTunes. So, be sure to tell friends and family to download the app!  Thanks for your support and following!  HAPPY NEW YEAR!  # BeaconeerApp   # GPS   # SMS   # Text   # Beaconeer2020   # emergencycommunications   www.beaconeer.us Amazon  Google Play
Read more 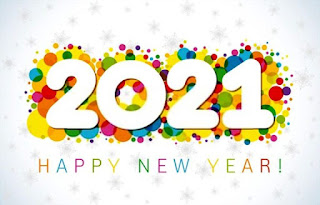 Happy New Year! 2021 will be a breakthrough year for The BEACONEER™! We hope it will be for you too! http:/ We extend a very special invitation to you to beta-test Beaconeer™Lite, for iPhone.   Please view the 3.5 minute demo video which explains the beta test. https://youtu.be/n7Ip-Esa0Lg Beta-testing is easy-peasy! Apple.com uses Test Flight as their official intermediary to pre-screen apps in order to determine them functional and "worthy" of final review by AppStore. Guess what! We made it past the Test Flight pre-screen! That means you can rest assured that the beta-test WILL NOT melt your iPhone! We now need just 50+ iPhone family and friends to test the app and demonstrate use by the general public. Then we will be able to submit Beaconeer™Lite to AppStore for final review. This process has taken 2+ years, and many of you have been waiting patiently for an iPhone version of the Beaconeer. We've come this far, join us and let's go the distance in 2021!
Read more 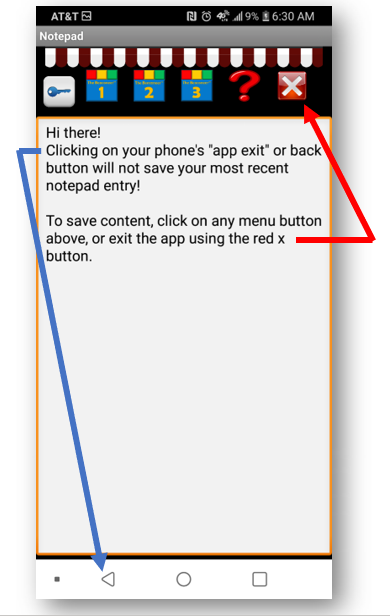 Hello Everyone, thanks for feedback. Here' the explanation for a known issue and the "fix".  When entering new text in the Beaconeer™ Notepad, the text autosaves as long you hit any of the app menu buttons , including the app's "X" button.  However, if you happen to click on any Android phone's "back button" which operates outside of the app , it automatically closes the Beaconeer™, without saving your new text!  The Beaconeer™ is unable to extend execution of the "save" command to behaviors that occur outside of the app . Sorry if you've lost text and wondered "what the fish happened!"  We'll see if we can remedy that in the next update! F. Avery P. Kelly  www.Beaconeer.us
Read more